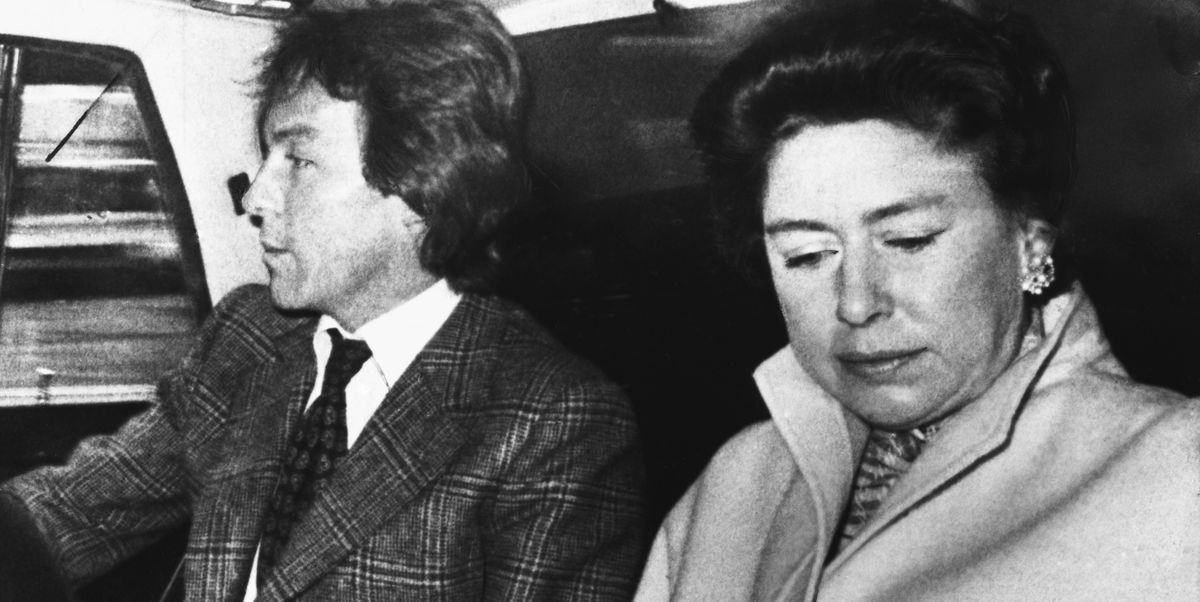 The romantic ups and downs of Princess Margaret are well-documented in Netflix’s The Crown, and just before season 3 ends, a new flame comes into view. Princess Margaret’s boyfriend, Roddy Llewellyn, plays a major part in the new season.

Llewellyn and Margaret meet at a pool party just as the younger sister of Queen Elizabeth tries to relax with friends and ignore her crumbling marriage. Llewellyn and Margaret have mutual friends and the two immediately hit it off. They party, travel, and revel in each other’s presence as Margaret tries to bury the pain of her marriage. Things catch up to her, though, and the season ends with Margaret experiencing an overdose of sleeping pills following an explosive argument with her husband, Lord Snowdon.

So what was the real story behind Llewellyn? Here’s what we can say for sure about who he was, and what effect he had on Princess Margaret’s life.

Llewellyn was a charming, lively personality.

Christopher Warwick, the official royal biographer of Princess Margaret, tells ELLE.com via email that Llewellyn was a “good-looking, softly-spoken, fair-haired young man, with a lot of natural charm and a spontaneous, exuberant personality.” He says the attraction Margaret felt to Llewellyn may have had something to do with the fact that he looked a bit like a young version of her estranged husband, Lord Snowdon. “In fact, there were those who thought that in Roddy, she was trying to recapture the past,” Warwick says. “‘The lost years,’ as one put to me.”

Princess Margaret and Lord Snowdon at Trooping the Colour in 1973.

He came from an affluent family and was well-educated.

According to Warwick, Llewellyn was born to Sir Harry Llewellyn and the Honorable Christine de Saumarez. His father was an Olympic horseman who, along with his horse, Foxhunter, “won nearly every grand prix in Europe during the late 1940s and early 1950s,” Warwick says. Llewellyn attended Hawtreys preparatory school and Shrewsbury boarding school, the latter of which was founded in 1552 by King Edward VI.

After he finished school, Llewellyn embraced the “bohemian lifestyle.”

Llewellyn and several of his friends, including actress Helen Mirren, lived on a commune at a farm in Wiltshire named Surrendell in the mid-1970s. “Princess Margaret spent a weekend with the commune at the Surrendell Farm and that got a lot of publicity afterwards,” Warwick says.

He “flirted with the idea of a singing career.”

As Warwick wrote in his book Princess Margaret – A Life of Contrasts, Llewellyn considered becoming a singer and released an album called Roddy in 1978. Warwick tells ELLE he actually owned Llewellyn’s record at one point, and it was “quite good,” adding, “He didn’t have a bad singing voice, but it was unlikely to have made him a ‘star.'”

Llewellyn found his calling in gardening.

After the singing career failed to pan out, Roddy decided to pursue his passion, gardening, and studied at Merrist Wood Agricultural College in the late ’70s, Warwick says. “From then on, Roddy became a landscape gardener and designer, and in 1980 he was commissioned to write the first of his gardening books. He also went on to become a gardening journalist and lecturer, and set up his own business.”

He and Margaret were introduced by a mutual friend.

The Evening Standard reports that Colin Tennant, a previous partner of Princess Margaret’s, introduced her to Llewellyn in 1973, and the New York Times reports they met in Edinburgh—not poolside, as The Crown depicts. The Standard states that they hit it off immediately, and would soon vacation together to the Caribbean.

Princess Margaret with Mick Jagger in Pointe-du-Bout the French West Indies in 1976.

Llewellyn was much younger than Margaret.

According to The Evening Standard, Margaret was 17 years older than 26-year-old Llewellyn at the time they met. This age difference is still considered scandalous by some, and was certainly seen as inappropriate by the British press at the time. It’s worth noting that much of that attitude can be attributed to the double standards between men and women dating younger partners—men often receive a pass in this area, and women do not.

Their relationship became a tabloid target.

The press has always been obsessed with the royal family, but given that Margaret was technically still attached to Tony when her fling with Llewellyn began, the tabloids were even more intense. Town & Country reports that photos of Margaret and Llewellyn on their tropical trip together surfaced just as Margaret and Lord Snowdon began to reveal they were separating. Town & Country also states that Llewellyn released a statement to the press amidst the drama. “I much regret any embarrassment caused to Her Majesty the Queen and the royal family, for whom I wish to express the greatest respect, admiration and loyalty,” it read. “Could we please be permitted by the media, who have besieged us, to carry on with our work and private lives without further interference.”

The pair were together for a total of eight years before Llewellyn married someone else.

The BBC reports that Llewellyn and Margaret split after eight years. Warwick says that in 1980, Llewellyn met Tania Soskin, and they married in the summer of 1981. Llewellyn and Tania would go on to have three daughters.

Princess Margaret and Llewelyn attend a party in London in 1988.

Llewellyn spoke fondly of Margaret years after their relationship ended.

In a 2002 interview, Llewellyn had no hard feelings when remembering the romance he and Margaret shared, and instead sang the praises of the princess. “I discovered a warm and witty woman, possessing a strong sense of duty and dedication to her country’s interests, who has honored me with her friendship since that first house party that was so filled with fun and laughter,” he told the News of the World of their relationship, per the Telegraph. “In Princess Margaret I found a fine friend who could steady my restless nature and offer wise counsel.” Warwick also confirms that Roddy and Princess Margaret “remained close friends” even though they both moved on from their romance.