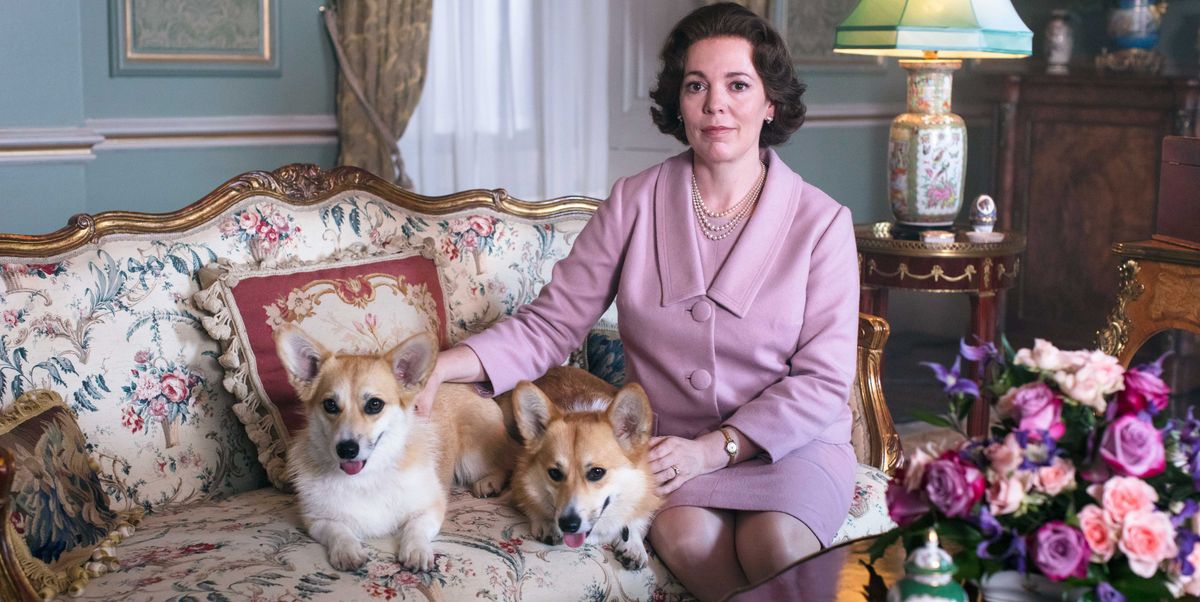 Warning: Contains minor spoilers for Season 4 of The Crown.

Now that the world has watched a full season of Olivia Colman and co. on Netflix’s The Crown, it’s time to speculate about what’s next. As we set our sights on season 4 (bingeing brain is A Thing), a new host of characters will be joining the cast. From Gillian Anderson’s Margaret Thatcher to the arrival of Princess Diana and a Claire Foy cameo, here’s the latest on season 4 of The Crown.

When will it air?

The official drop date is TBD, but Olivia Colman confirmed that the fourth season would begin filming in August 2019 while at the Oscars in February 2019, per Yahoo. In April, The Crown‘s Twitter page also noted that filming would begin in late 2019 when it announced casting for the role of Princess Diana. It’s safe to assume the fourth season is coming in late 2020, just as the first two seasons aired in 2016 and 2017.

Is there a trailer?

While there isn’t official footage of the fourth season yet (season 3 just finished, people!), some on-set photos have found their way to the internet. Pictures of the season’s two main additions—Princess Diana and Margaret Thatcher—have already leaked; Josh O’Connor and Emma Corrin can be seen reenacting Charles and Diana’s 1983 tour of Australia, while Anderson as Thatcher wears a blue suit while disembarking a ship similar to the Royal Yacht Brittania.

Over the Thanksgiving holiday weekend, the first photos of baby Prince William emerged. ET Canada has more photos of Corrin filming the royal tour in Spain, this time with her onscreen son. The real Prince William was nine months old when he took the trip with his parents.

Back in 2017, the UK Times reported that the fourth season would center around Thatcher’s years as prime minister, just as the third season focused on Prime Minister Harold Wilson. Historically, Thatcher held the title from 1979 to 1990. Events within that period include the 1981 wedding of Prince Charles and Princess Diana as well as the birth of their two sons, Prince William and Prince Harry. In late February, paparazzi photos showed Corrin as Diana with an actor playing a toddler-aged Prince William. Per Good Housekeeping, the scene depicts the 1984 Buckingham Palace Easter Egg hunt. O’Connor was also spotted filming for the series on the steps of The British Museum. Harper’s BAZAAR pointed out that the suit O’Connor wears is reminiscent of Prince Charles’ ensemble in his engagement photos with Diana.

Deadline also spoke to insiders who say the season will end around 1990, the year Thatcher was “ousted” from the Prime Minister position. The site notes that the queen and Thatcher reportedly had a “punctiliously correct” relationship but are said to have “little love lost on either side.”

Sources also told Deadline that an infamous 1982 break-in at Buckingham Palace will be depicted next season. Michael Fagan reportedly entered a sleeping Queen Elizabeth’s room with shards of glass from an ashtray. Although the monarch was not injured, it was considered an alarming security breach, as Fagan scaled the castle’s perimeter wall.

Another major event fans will see in the next season? A surgery Princess Margaret undergoes in 1985. “She smoked 60 cigarettes a day with the knowledge that her father died of lung cancer at 54,” Helena Bonham Carter told Town & Country. “She had a lung removed, and she carried on smoking. She was a total addict. There was too much of her life that she was allowed to get lost inside her head, and I think that’s the unfortunate thing.”

One major moment that will be missing from season 4, according to Deadline, is the 1987 TV special It’s a Royal Knockout. The “somewhat controversial” special showed a staged charity tournament on the lawn of Alton Towers. Royal family members including Princess Anne, Prince Andrew, Prince Edward, and Sarah Ferguson competed against celebrities in a competition that the outlet compares to Ninja Warrior. According to sources, producers “explored the event but decided against it” after depicting the ill-fated 1969 royal family documentary in season 3.

Who’s in the new cast?

Perhaps the most high-profile addition to the royal roster? Golden Globe winner Gillian Anderson as prime minister Margaret Thatcher. Deadline reported her casting in January, although Anderson herself didn’t confirm the news until September. “I am so excited to be joining the cast and crew of The Crown and to have the opportunity to portray such a complicated and controversial woman,” she said in a statement. “Thatcher was undoubtedly formidable, but I am relishing exploring beneath the surface and, dare I say, falling in love with the icon who, whether loved or despised, defined an era.”

When will we meet Princess Diana?

In April 2019, Netflix announced newcomer Emma Corrin would play Princess Diana and, contrary to earlier reports, would not appear in season 3. “Beyond excited and honoured to be joining The Crown for its fourth season,” Corrin said in a statement released by Netflix. “I have been glued to the show since the first episode and to think I’m now joining this incredibly talented acting family is just surreal. Princess Diana was an icon, and her effect on the world remains profound and inspiring. To be given the chance to explore her through Peter Morgan’s writing is the most exceptional opportunity, and I will strive to do her justice!”

Considering the tentative time period of the fourth season and Camilla’s introduction in season 3, it’s safe to assume Corrin will be a key player in the next installment of The Crown. Sources tell Deadline that Corrin initially earned the role while reading lines for actors during the third season, impressing producers in the process.

In January, photos emerged of Corrin filming the fourth season. She’s photographed at the entrance of London’s Savoy Hotel, wearing the same retro floral dress Diana did when she visited there in May 1989. Corrin’s resemblance to the late royal is uncanny, as she sports her signature bob. Diana’s visit to Savoy came three years before her official split with Prince Charles.

What about Claire Foy?

Even though Colman replaced Foy as Queen Elizabeth for seasons 3 and 4, Foy was spotted filming a cameo for the upcoming season on November 20, 2019.

The photo shows Foy recreating the then-princess’ 21st birthday speech, given in Cape Town on April 21, 1947. Elizabeth famously said, “I declare before you all that my whole life whether it be long or short shall be devoted to your service and the service of our great imperial family to which we all belong.” It looks like Colman’s queen will be reflecting on her youth in season 4.

Will there be a fifth season?

Yes! But it will be the show’s last. “At the outset I had imagined The Crown running for six seasons but now that we have begun work on the stories for season 5 it has become clear to me that this is the perfect time and place to stop,” Morgan, The Crown creator and showrunner, said in a statement in January. “I’m grateful to Netflix and Sony for supporting me in this decision.”