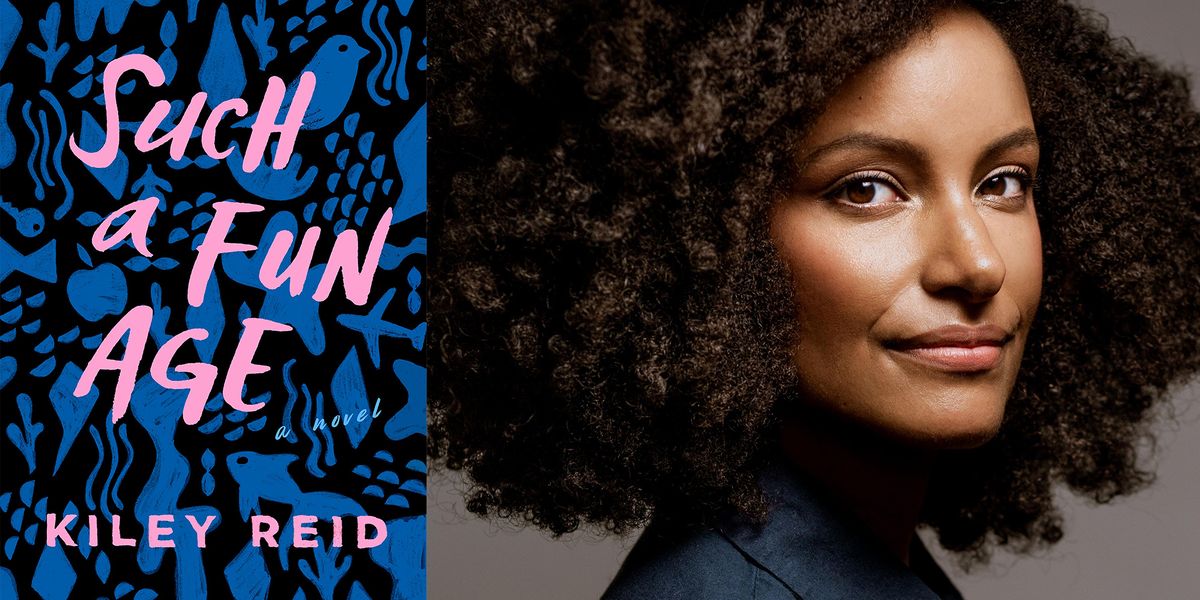 On a Friday evening in June of 2018, book editor Sally Kim’s only plans were to go to bed around 10 p.m. Instead, she picked up a new manuscript. At 1:11 a.m., she sent an email to her colleagues at G.P. Putnam’s Sons, an imprint of the Penguin Publishing Group. “Hi, everyone,” she wrote. “I don’t expect you’ll get this note before Monday, but I wanted to send you this manuscript because I’ve just finished it, and my mind is racing.” Attached was the novel Such a Fun Age, from debut author Kiley Reid, who’d just finished her first year at the Iowa Writers’ Workshop. By Monday morning, the company’s publicity director was in Kim’s office, equally sleepless, eager to discuss.

Such a Fun Age follows Emira, an underemployed black 25-year-old who splits her time between babysitting for a wealthy white family and working at Philadelphia’s Green Party office. When she’s called in for an emergency babysitting session, Emira finds herself strolling the aisles of a high-end grocery store after 11 p.m. alongside a chatty blond toddler. But then a security guard accuses Emira of kidnapping the girl. A passerby hits Record on his cell phone. Reid turns up the pressure cooker.

‘Such a Fun Age’ by Kiley Reid

“I love highly dramatic storytelling,” says the Arizona-bred author over lunch in Philadelphia, where she now lives with her husband. Outside, young professionals stroll through the city’s tony Rittenhouse Square. Inside, at one of Reid’s favorite eateries, she points to a corner table where she can often be found writing. (She’s currently at work on her second novel.) “The history of black women taking care of white children is at the forefront,” she says of the book, for which Emmy winner Lena Waithe has already acquired screen rights through her company, Hillman Grad Productions, in partnership with Sight Unseen Pictures. “It’s this job that is so important, with really high stakes and a very small margin of error—but also, a 13-year-old could do it.”

Buoyed by a tight narrative structure, Such a Fun Age is a compulsive read whose dark humor comes at the expense of Emira, who often finds herself sitting in the wormy discomfort of a social faux pas. Her white employer, Alix, privately rehearses how to talk about black culture. Her friend mistakenly assumes she can spend $1,150 per month on rent, a couple hundred above her budget. White people argue about who’s the least racist.

When Reid first applied for an MFA at age 28, she was rejected by all nine schools she applied to. She spent her twenties in New York, babysitting for multiple families and working as a receptionist. A year later, she reapplied and was accepted to Iowa’s prestigious program. “I’ve always been drawn to awkward, uncomfortable etiquette moments,” says the author, now 32. “When I was in college, I became obsessed with class dynamics, money, and the language people use to hide the fact they’re talking about money. When I workshopped this novel, a lot of people said, ‘Why is everyone talking about money?’ Their discomfort was confirmation that I should keep going. I leaned in.”

When did the seeds of this story take root?

When I was 24, the smallest idea of this story came around. I wrote maybe 50 pages, and then showed it to a writer that I trust. He said, “Start over,” which hurt but he was right. There were two characters that he was like, “You need to find more empathy for these characters.” That’s when the story really took off.

In the draft’s different forms, was Alix always Emira’s employer?

That dynamic was always there. Transactional relationships are so interesting. That’s why I focused on moments where she’s handing Emira an envelope of cash, as a reminder that we’re only here because of the money.

Why did you choose to include so much transparency around money?

When I was in college, I read Uneasy Street: The Anxieties of Affluence by Rachel Sherman. She’s a sociologist who explores wealth and capital in very rich New Yorkers, and she includes actual dialogue from real people in New York. I was inspired by their intentions to even the playing field and establish how normal they were. There are quotes like, “Oh, you know, we have $10 million in assets but we’re normal. We brush our teeth, and we put our jammies on, and we just get ready for bed like everyone else.” As if money means you don’t brush your teeth, which is so strange. I was charmed and disturbed by that language, so I wanted money to be a central part of this book.

I’m very good at money and how I spend it, so I wanted to explore characters who are not good at money. The amount of money you make in your 20s dictates how much you’ll make for the rest of your life, especially for black women, who make less than other demographics. I wanted Emira to experience that panic in real-time.

I love the toddler Briar’s voice—she’s so earnest. How did you nail that?

Briar is definitely a composite of all of the children I’ve come into contact with, through babysitting or friends’ kids. Two- and three-year-olds can be so serious and so anxious. Briar’s really anxious and she has a lot of questions. Emira has a lot of patience, and she treats her like an adult. There’s no ego between them.

When you originally applied to MFA programs, how did you respond to the rejections?

It was one of those experiences that showed how much I wanted it. I remember every single place I was at when I got those nine rejections, in a cab or in a line, and I was, “This sucks.” It kept cementing that I really wanted it.

An abridged version of this article appears in the January 2020 issue of ELLE on newsstands now.

GET THE LATEST ISSUE OF ELLE