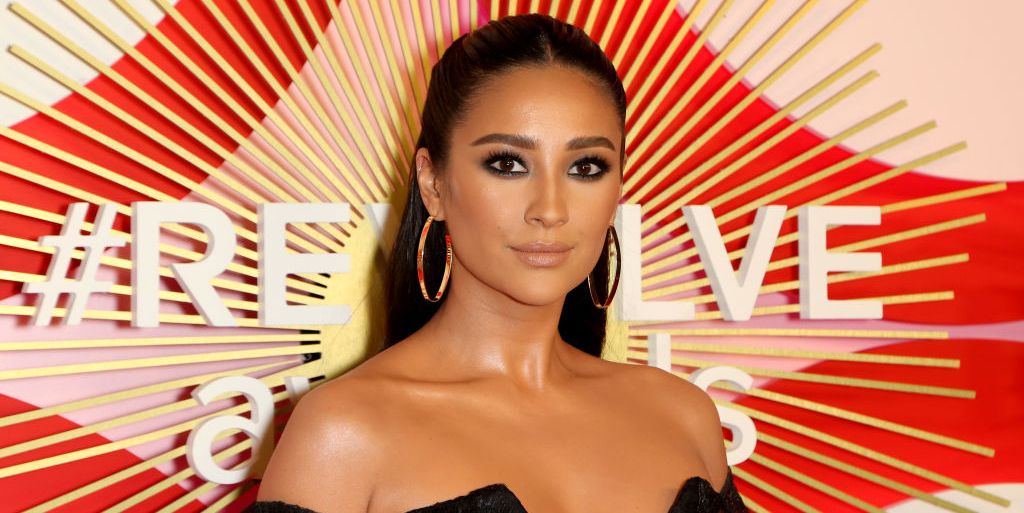 We regret to inform you that Shay Mitchell is awesome.

She is kinder than YOU’s Peach Salinger. She is more knowing than Pretty Little Liars’ Emily Fields. And as for the other role she’s most famous for playing—Shay Mitchell, Social Media Influencer™—well… it’s complicated. “I actually couldn’t give a shit about Instagram likes,” she says on the phone from LA. “I’m very passionate about that. I think you should post what you love, not what you think other people want to see.”

It’s quite a claim from Revolve’s Entrepreneur of the Year—an award Mitchell scored for her travel brand BEIS, which encourages young women to explore the world… while toting cute suitcases, of course. Forbes says the label hit $20 million in sales this year; Mitchell says her success is thanks to teen dramas and iCal. “Being on a Pretty Little Liars and going from 0-100 really quick, it forced me to learn how to prioritize my time. We had such long shoot dates. When we weren’t shooting, we were promoting the show and doing photo shoots. And we had to travel so much! It taught me how to organize my time. Especially now that I’ve added a baby to my life, that’s been invaluable.”

Ah yes, the baby. As every gossip blog has already told you, her name is Atlas, she’s about two months old, and true to her name, she’s already globetrotting. “We’re about to take her first-ever plane ride,” reveals Mitchell. “It’s just from LA to Vancouver, but still, I’m more excited to fly with her than I’ve ever been on my own. Plus, I get to test out the new BEIS diaper bag with actual diapers and an actual infant… I had to practice on a stuffed animal, because she wasn’t born yet when I designed it. But I just knew she’d travel with me early, even on planes.” Is Mitchell taking George Clooney’s advice and bringing noise-cancelling headphones for the rest of the passengers? “I will 100% be that person if I need to be,” Mitchell laughs. “Right now, I couldn’t be traveling with a better partner. Atlas is so easy because she doesn’t really cry. If we’ve got diapers and food, we’re good. If that changes in the future? I will bribe everyone on the plane with no apologies.”

Even without sacrificial earpods, Mitchell packs her luggage to max capacity. “We can get lost for a year and be fine. I overpack, but so what? I’m going on vacation or traveling for work. I want to know if there’s a change of plans or weather, I have backup outfits. I have appropriate shoes. I have an extra book I haven’t read yet.” Also: coconut oil, Neosporin, and 3 different types of hot sauce, “because you never know.” (BEIS even makes Sriracha decals to spice up suitcases.) Then there’s Mitchell’s mega-stash of hand sanitizer, wipes, and anti-bacterial lotion. “I’ve never gotten sick while traveling, and I swear it’s because I wipe everything down on a plane. During Pretty Little Liars, I actually showed Ashley [Benson] how to travel, and now she’s a clean freak like me.” Much like Naomi Campbell, Mitchell’s plane rituals are posted on her YouTube channel, which boasts 4.2 million followers and episodes like My Pizza Cooking Showdown and I Ran Naked Through the Streets of LA. “Atlas is gonna grow up and be like, ‘Ok, my mom is crazy!’” she laughs.

Also crazy: The YOU plot twist she imagined for Season 2. “I knew [my character] Peach was going to die,” Mitchell giggles, “But I loved doing that show so much—and I love Penn [Badgley] so much, he’s one of my favorite people and one of the best humans! When we were on set, I was like, ‘You know, guys, I don’t have to leave. Peach could have a secret twin, Lychee! Lychee Salinger! She’s bent on getting revenge. It can totally work!’”

Spoiler alert: It did not totally work… but that’s likely for the best. After all, Mitchell has a starring role on Hulu’s Dollface, plus a new baby, a vlog, and a burgeoning travel empire to steer—along with six BEIS employees, all women, to help Revolve’s Entrepreneur of the Year. “I Facetimed them when I won—I feel like the award is as much theirs, you know? But also, can I tell you something? The Revolve Award is so heavy. It’s like a workout weight! I was like, ‘Guys, I’m so proud of this award, but how am I going to get it home?’ It’s a good thing,” she laughs, “I have my own travel company.”