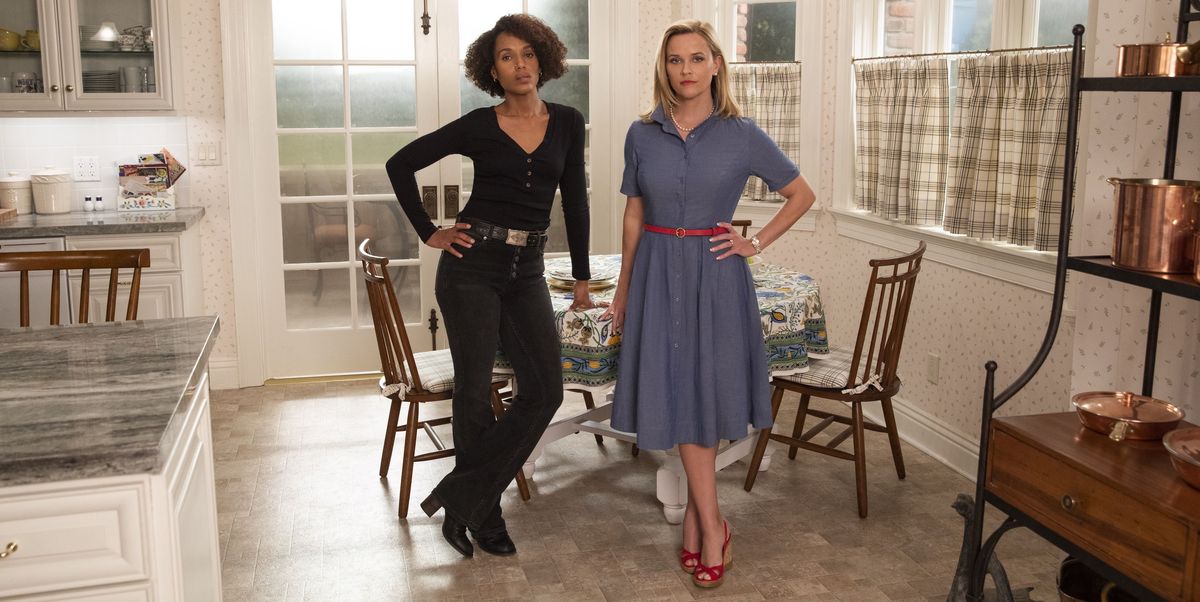 When Celeste Ng released her 2017 novel, Little Fires Everywhere, it spent a total of 13 weeks on The New York Times bestseller list and received widespread critical acclaim. Now, it’s providing ample source material for a Hulu limited series, starring and produced by Reese Witherspoon and Kerry Washington. If the delicious first trailer is any indication, it’s all we’ll be talking about in March.

Ahead of the series’ release, here is everything you need to know about Little Fires Everywhere.

Little Fires Everywhere will be released in March 2020.

The eight-episode Hulu series will arrive on March 18, 2020.

The preview begins with Witherspoon’s character Elena standing in front of the charred remnants of her home. Someone has set the house on fire with her inside it, but who? Enter Mia (Washington), who rents from Elena and begins working for her.

“One day you wake up and your life is settled and you know who you are, or at least you think you do,” Elena says in the trailer, struggling with life in suburbia. Meanwhile Mia is reckoning with her own past and whether she should’ve “run from the truth.” Tensions are high between the two women. At one point Elena states, “A good mother makes good choices.” To which Mia responds, “You didn’t make good choices. You had good choices.”

The show is based on a novel by Celeste Ng.

Little Fires Everywhere is the second novel published by Celeste Ng and takes place in the ’90s. It follows the story of two families from Shaker Heights, Ohio: the Richardsons and the Warrens.

The Richardsons are an affluent, picture-perfect family, while the Warrens, a mother and daughter duo, have a more nomadic existence before settling down in Shaker Heights. Pearl Warren soon becomes enamored by the Richardsons’ stability and way of living, and latches on to them. Izzy Richardson, the black sheep of her family, has a rebellious spirit and soon is drawn to Pearl’s mother Mia. Mia takes Izzy under her wing as her photography assistant, entwining the the two families. Meanwhile, a vicious legal battle plays out in town.

Ng gave the adaptation her stamp of approval. After a visit to the writer’s room, she tweeted, “I cannot tell y’all details yet but you are going to love this adaptation. The writers are amazing and they’re doing such a fantastic job. True to the characters and themes and plot, but with lots of new layers and some tweaks and twists. I cannot WAIT for you to see it.”

The cast sports a mix of beloved names and newbies.

Washington and Witherspoon have major roles behind the scenes, too.

There will be a flashback episode.

Filming on the series wrapped in October.

Washington and Witherspoon have frequently shared updates on the show’s production. In May, Washington posted a photo from the start of the shoot writing, “The Warrens and the Richardsons have reported for duty! #LittleFiresEverywhere production is underway! Today we had our very first table read and it was kinda mind blowing!!!!!!!!!!!”

On October 23, she tweeted a selfie of herself with members of the cast and crew writing, “That’s a wrap on #LittleFiresEverywhere @hulu here we come!!!!”

Washington’s Dad makes an appearance on the series.

During an appearance on Ellen, Washington revealed that her father Earl played an extra in the upcoming project. “My dad is a featured background artist—he prefers to be called,” she explained to Ellen DeGeneres. Washington joked that she couldn’t give her father any lines in the series, as he would have to be paid more. “I’m not doing that—even for my dad,” she added. “I’m a good producer.”

She continued, “If my dad misbehaves, I’m like, ‘I could cut you out of that show. I’m a producer. I can cut you out of that show,’ So, it kind of keeps him in check.” As for what the role is? Washington told DeGeneres, “He’s the only one standing in the background (during his scene). His presence means something about Reese’s emotional arc.”

Lana Condor is Exactly Who You Think She Is (And That’s Not Lara Jean)
A Dermatologist’s Guide to Treating and Preventing Butt Acne, Fast
Katie Hill’s Next Chapter Starts Now
17 Dermatologist-Approved Natural Sunscreens for Every Skin Concern
The 9 Trends Dominating 2020 (And the 2 We’re Leaving Behind in 2019)