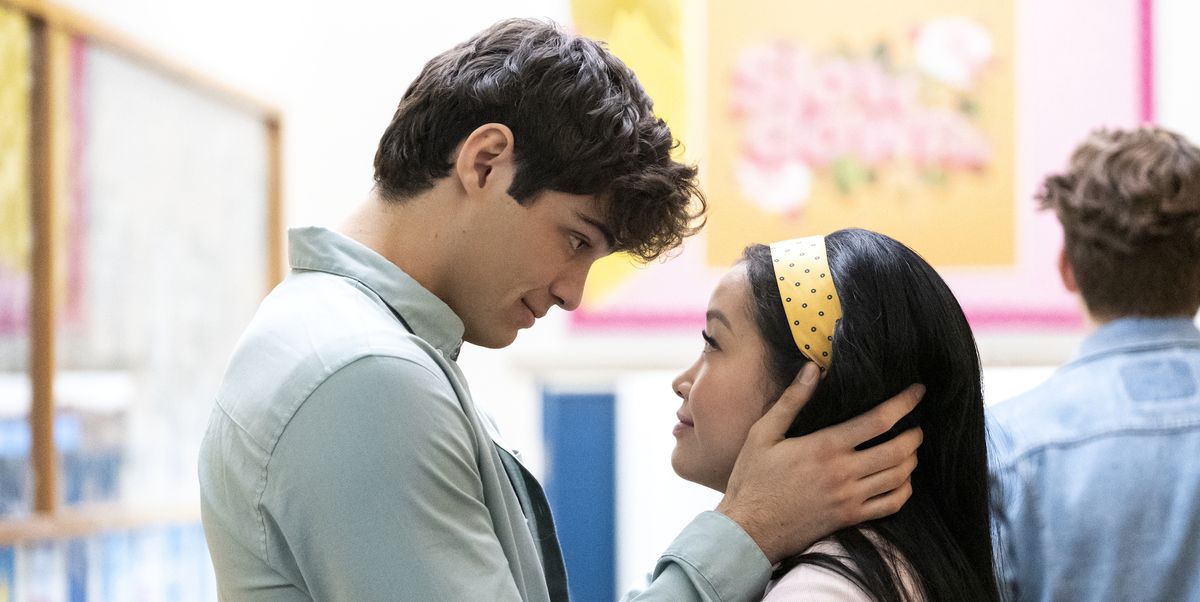 When To All the Boys I’ve Loved Before hit Netflix in August 2018, it broke records. The movie, which the streaming service revealed to be one of their most re-watched original films of 2018, resonated with viewers and breathed new life into the teen romantic comedy genre. With the movie’s release, Lana Condor and Noah Centineo became breakout stars after viewers fell in love with their relatable characters, Lara Jean Covey and Peter Kavinsky.

Now that the film has been confirmed for a sequel, fans want to know what’s in store for all its characters. Ahead of the 2020 release, here’s everything we know about what’s coming after TATBILB.

Netflix confirmed that a sequel is coming.

In August 2018, Centineo spoke with Variety, stating that he and the rest of the cast would be very interested in continuing the story. “All I know is that every single person involved in the making of that film wants a sequel,” he said. “We’ve all talked about it in depth. I’ll do as many as they want me!”

Luckily, in December 2018, Netflix released a holiday-themed teaser to confirm that a To All the Boys sequel is on the way.

“Almost done with my Christmas list,” Condor says in the teaser, lying on Lara Jean’s bed. “For Jenny [Han], I’ll just make her favorite chocolate chip cookies. For Noah? Noah kinda already has everything.” Then, she receives a FaceTime request from Noah. What good timing! “Noah! I was literally just thinking about what to get you for Christmas,” she says. “By the way, if we’re going to do this thing, we’re going to need a new contract….One more thing. I get to tell the fans about our new little secret. I am so excited! It’s officially official! We are making the To All The Boys sequel!”

The sequel has a title—and first trailer!

A new trailer for the movie shows Peter and Lara Jean adorably on her “first date.” Although Peter reminds her, “We’ve gone on a bunch of dates,” she insists that this is the first that counts, because their relationship was fake before. There are a ton of adorable moments and although the pair promise not to break each other’s hearts, that pact is complicated by the arrival of Mr. Steal Yo Girl himself, John Ambrose.

In August, Condor shared videos of herself and Centineo on set, confirming that the sequel would hit Netflix on February 12, 2020—just in time for Valentine’s Day. She also revealed that not only was a third film happening, but that it was already in production.

The sequel will explore Lara Jean and Peter’s relationship.

An official description of the sequel’s plot suggests Lara Jean and Peter are giving their romance a fighting chance…until a love triangle strikes:

It’s a new year and Lara Jean (Lana Condor) and Peter (Noah Centineo) are no longer pretending to be a couple. They ARE a couple. And, as Lara Jean navigates a trove of official firsts with Peter—her first real kiss, her first real date, her first Valentine’s Day—she finds herself leaning more on Kitty and Margot (Anna Cathcart and Janel Parrish), Chris (Madeleine Arthur), and an unexpected new confidant, Stormy (Holland Taylor), to help her manage the complex emotions that come with this new chapter of balancing a relationship and figuring out her authentic self. But when John Ambrose (Jordan Fisher), another recipient of one of Lara Jean’s old love letters, enters her life again she must rely on herself more than ever as she’s confronted with her first real dilemma: Can a girl be in love with two boys at once?”

Your favorite characters will be returning.

In addition to Condor and Centineo being confirmed for the sequel, the rest of the Covey family will be returning as well. According to The Hollywood Reporter, Janel Parrish, Anna Cathcart, and John Corbett will return in the sequel to play Lara’s two sisters and dad.

In April, Madeleine Arthur was confirmed to return as Lara Jean’s BFF Chris. If the sequel follows the plot of Han’s book, Josh Sanderson (Israel Broussard) will likely make a return, and Chris’s cousin Genevieve (Emilija Baranac) will make an appearance.

Lara Jean may have a new love interest.

In the middle of the credits at the end of the movie, Lara Jean gets an unexpected visit from her former crush and letter recipient, John Ambrose McClaren from the Model UN. Now a few years older and ready to win Lara Jean’s heart, could he cause trouble in paradise for Lara and Peter?

Han confessed that John Ambrose is the main reason she continued Lara Jean’s story. She told IndieWire: “The whole reason why I wrote a second book was for the character of John Ambrose McClaren, who is a fan favorite, and he’s a favorite of mine, too.” Uh oh—Peter seems to have some major competition ahead.

Could he possibly unseat Peter? While discussing the potential sequel, Centineo wondered to The Metro whether his character might “fall from his pedestal.” “Maybe he can change into not-so-good of a guy? Maybe we can show the dimensions to different people. How we can be heroes in one moment and villains in another?” he suggested, musing on Peter’s fate in the second film.

Though Jordan Burtchett played John Ambrose in the film, Entertainment Weekly revealed in March that Jordan Fisher, who recently appeared in Rent: Live, has been cast in the role. Producer Matt Kaplan said, “Jordan’s charisma practically leaps off the screen with anything he does, whether it’s acting, singing, or dancing. There isn’t a more perfect guy who could believably shake things up in Lara Jean and Peter’s world.” Sounds dangerous!

There are three new characters in the film.

According to Han, there is a new character named Stormy, who will be played by Holland Taylor. IndieWire describes Stormy as a “nursing home resident who has led a rich and exciting life, and teaches Lara Jean a thing or two about seizing the day, especially when it comes to romance.”

Trevor Pike, Peter Kavinsky’s best friend, is another new addition to the sequel. 13 Reasons Why star Ross Butler will take on the role—very fitting, considering that Butler and Centineo are pals in real life.

The movie’s producer, Matt Kaplan, discussed the casting with EW, stating, “His real-life friendship with Noah brings a natural chemistry and great rapport to the set and we can’t wait for fans to see this friendship play out onscreen.”

Finally, the role of Trina has been cast—look forward to Blockers‘ Sarayu Blue playing the Coveys’ neighbor.

A third movie is also on the way.

A third movie in the trilogy is also coming. Condor announced the news in an Instagram video with Centineo in August, ensuring that a film based on Always and Forever, Lara Jean was definite.

There’s only one way to get a good idea of what happens next.

Too antsy to wait? Good news: P.S. I Still Love You is out and available to read if you’re dying to know what happens with Lara Jean and Peter. Plus, Lana Condor revealed a special movie tie-in edition of the book on Instagram. That’s available December 17.