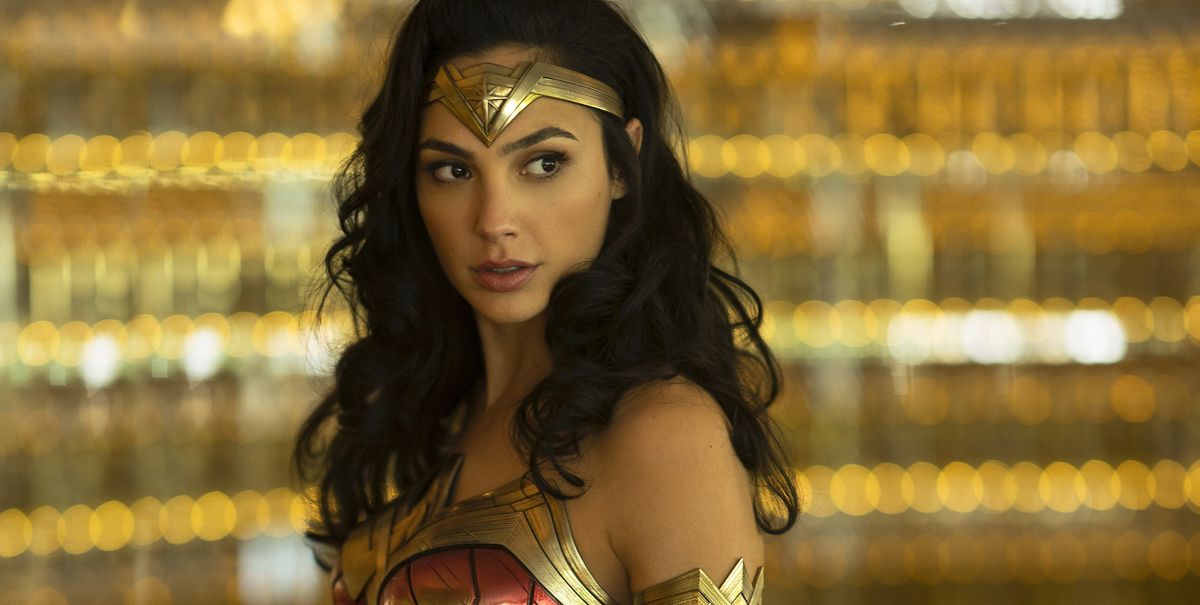 The holiday season is an ideal time to rest, recuperate, eat your own body weight in carbs, and start planning your 2020 viewing calendar. With film festival season right around the corner, there are plenty of indie highlights to get excited for, along with all the blockbuster sequels and live-action remakes your heart desires. Here are 23 movies that should be on your radar in the new year.

Pushed back substantially from its original 2019 release date, this thriller stars Blake Lively as an assassin who’s “on a path of self-destruction after the death of her family in an airplane crash, a flight that she was meant to be on.” There are plenty of reasons to be intrigued here: Sterling K. Brown and Jude Law are among the supporting cast; the director is Reed Morano, who won an Emmy for her work on The Handmaid’s Tale; and the film is produced by Bond duo Barbara Broccoli and Michael G. Wilson.

If you’re less than psyched for Margot Robbie’s Harley Quinn spin-off movie, we can’t blame you after Suicide Squad. But Birds of Prey will at least set Harley free from Jared Leto’s Joker, and throw her into the mix with an ensemble of fellow female vigilantes including Black Canary (Jurnee Smollet-Bell) and Helena Bertinelli (Mary Elizabeth Winstead) to save a young girl from a Gotham crime lord.

The inevitable sequel to last summer’s Netflix rom-com hit is finally here, adapted from the second novel in Jenny Han’s series. Lana Condor and Noah Centineo both reprise their lead roles in the film, which finds Lara Jean and Peter’s romance complicated by the reemergence of another recipient of her leaked love notes.

The beloved Jane Austen novel about a lovable but meddlesome matchmaker is getting a brand new adaptation. Kiwi author Eleanor Catton (best known for The Luminaries) wrote the screenplay, while photographer Autumn de Wilde directed the film, which stars The Witch’s Anya Taylor-Joy in the title role and The Crown’s new Prince Charles, Josh O’Connor, as Mr. Elton.

This is the romance we’ve been waiting for. Issa Rae plays a young woman rocked by the death of her estranged photographer mother, while Lakeith Stanfield plays the journalist writing about the late woman’s life. Their chemistry speaks for itself.

Given the breakout success of John Kraskinski’s inventive horror movie A Quiet Place in 2018, it should be no surprise that a sequel is already here two years later. Emily Blunt, Millicent Simmonds, and Noah Jupe all reprise their roles in Part II, which sees the Abbott family continue their fight for survival in a post-apocalyptic world where making any sound gets you killed.

Ready for another Disney live-action remake? Adapted from the beloved 1998 animated movie, Mulan follows a badass young Chinese woman (Liu Yifei) who poses as a man in order to take her father’s place in the Imperial Army. Mulan is directed by Niki Caro, who is only the second woman in history to direct a Disney movie with a budget over $100 million (the first was Ava DuVernay with last year’s A Wrinkle in Time).

Even if you’re a James Bond skeptic, it’s hard not to be a little intrigued by Daniel Craig’s fifth (and allegedly final) outing as 007. For one, No Time To Die is directed by Cary Fukunaga, known for his visionary work on HBO’s True Detective and films like Beasts of No Nation. For another, Phoebe Waller-Bridge had a hand in the script. Set five years from the events of Spectre, the movie will see Bond brought back from retirement to face “a danger the likes of which the world has never seen before,” in the form of Rami Malek’s mysterious villain.

The trailer for this deeply timely revenge thriller—written by Killing Eve season 2 showrunner Emerald Fennell—drew substantial buzz when it dropped earlier this month. Carey Mulligan stars as a med student whose life was derailed by a mysterious event, and who now spends her nights stalking bars looking for sexual predators to lure into a violent trap. Honestly, just inject this movie right into my veins.

This Janelle Monáe-starring horror movie has been shrouded in mystery since its announcement, which of course only makes it more intriguing. Per the logline, the story follows an author (Monáe) who “finds herself trapped in a horrifying reality and must uncover the mind-bending mystery before it’s too late.” That’s pretty much all we know, except that the supporting cast also features Jack Huston, Kiersey Clemons, Gabourey Sidibe, and Jena Malone.

Scarlett Johnasson’s Natasha Romanoff is finally getting her long-awaited solo Marvel movie, a prequel set directly after 2015’s Captain America: Civil War. The film picks up with Romanoff on the run after defecting from Tony Stark’s side to help Steve Rogers and Bucky Barnes, and will see her forced to confront the dark past that’s only been hinted at in previous Avengers chapters. David Harbour, Florence Pugh, O-T Fagbenle, and Rachel Weisz are among the stacked supporting cast.

The Personal History of David Copperfield (May 8)

Armando Iannucci, the satirical genius behind The Thick of It and Veep, wrote, directed and produced this reimagining of the Charles Dickens classic. Dev Patel stars in the title role, while the supporting cast is a full murderer’s row of British talent, including Tilda Swinton, Hugh Laurie, Ben Whishaw, and Gwendoline Christie.

Gal Gadot returns as Diana Prince in this sequel to 2017’s glorious and long overdue Wonder Woman. This time around, she’s in the 1980s facing off with Pedro Pascal’s media tycoon Maxwell Lord, and Kristen Wiig’s friend-turned-foe Cheetah. As the movie’s first trailer revealed, Chris Pine is also making a surprise return despite his character’s apparent death in the first movie, but no complaints here, tbh.

Christopher Nolan returns with his highly-anticipated 11th feature, a John David Washington-starring thriller whose puzzling trailer reveals little by way of plot, but does showcase an excellent wig choice for Robert Pattinson.

The Trial of the Chicago 7 (September 25)

Aaron Sorkin’s second film as writer-director is based on the true story of the Chicago Seven, a group of seven men prosecuted by the federal government because of their involvement in anti-Vietnam war protests. Sacha Baron Cohen, Eddie Redmayne and Succession’s Jeremy Strong are among the cast of what’s sure to be a frontrunner next awards season.

This sequel to the iconic 1988 Eddie Murphy rom-com Coming To America is directed by Craig Brewer (Hustle & Flow) and will see Murphy’s former Prince Akeem contend with the realization that he has an American son (Jermaine Fowler) he never knew about.

Surely one of the most anticipated sci-fi adaptations in years, Denis Villeneuve’s take on Frank Herbert’s beloved novel stars Oscar Isaac as a duke who is given stewardship of a dangerous desert planet, Rebecca Ferguson as his concubine, and Timothée Chalamet as his son and heir. His first task is to oversee the mining of a valuable spice that grows only on his desert planet, but the mission is complicated by giant sandworms, and things only get weirder from there.

Steven Spielberg joins forces with Angels in America writer Tony Kushner for this adaptation of the iconic Broadway show, which was itself heavily based on Romeo & Juliet. West Side Story follows the rivalry between two New York street gangs, and the star-crossed romance between a couple from opposite sides of the divide. The Oscar-winning 1961 adaptation has come under fire for whitewashing in recent years, and the remake team made an early commitment to casting Latinx actors in all of the movie’s Puerto Rican roles.

Julie Taymor’s Gloria Steinem biopic features a quartet of actresses playing the title role through the years: Ryan Kira Armstrong and Lulu Wilson as the child and teenage incarnations, while Alicia Vikander and Julianne Moore take over the adult Steinem. The film will premiere at Sundance ahead of a wide release later in the year.

Miranda July’s much-hyped third feature is a heist movie—a pretty intriguing genre shift from her earlier work—that will premiere at Sundance and stars Evan Rachel Wood, Gina Rodriguez, Richard Jenkins, and Debra Winger. Per the synopsis, a family of grifters (Wood, Jenkins, and Winger) invite a chipper young woman (Rodriguez) to join them, only to have their world turned upside down.

Mudbound director Dee Rees returns with an adaptation of Joan Didion’s novel about a veteran Washington journalist (Anne Hathaway) who finds herself morally compromised after she quits her job to care for her ailing father, an arms dealer for the U.S. government. This is another highlight from the Sundance 2020 slate.

Remember the truly wild viral Zola Twitter thread from 2015? Hollywood wasted no time adapting this saga, which began with the fateful tweet, “wanna hear a story about why me & this bitch here fell out???????? It’s kind of long but full of suspense.” Zola, aka Aziah Wells, wasn’t lying. In brief: Wells befriended a woman named Jessica after serving her at a Hooters restaurant and the two road-tripped from Detroit to Tampa in order to make money stripping. Things got much, much more dramatic from there. The movie stars Taylour Paige as Zola and Riley Keough as Jessica.