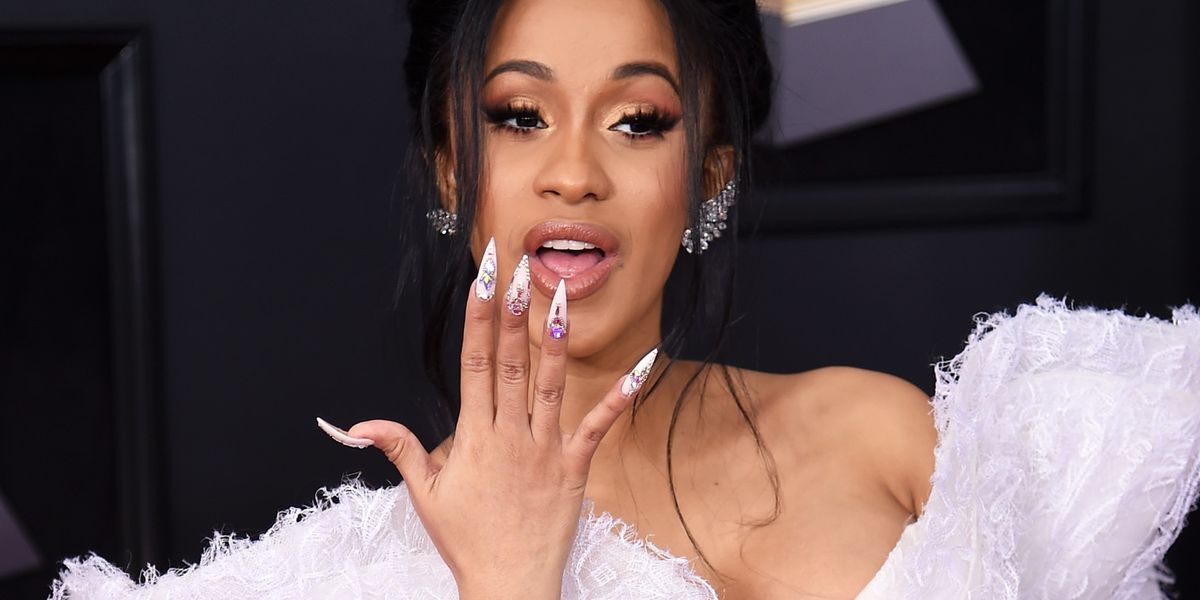 Entering the nail salon can feel like stepping onto a battleground. Depending on your nails’ size and shape, it could feel like there are more limitations than possibilities. Whether it’s stressing that your nails are too short for a dark color, or wishing your lifestyle could allow for a stiletto mani á la Cardi B, selecting a shape can mean a war between what you want and what you’ll end up asking for. So, you settle on a non-committal “squoval” or “sqround” shape, without truly knowing what you’re getting. “Those two shapes do not exist in my world,” says Art Nail NYC founder Sataya Stone.

Instead, she prefers modifying tried-and-true styles such as a true square or round shape. Newer shapes like the “ballerina” or “Moroccan almond” may not have been on your radar before, but they will find a way into your artillery. Ahead, she tells ELLE.com about where to get specific about your nail style, dispels some manicured myths, and breaks down nine nail shapes that you can request with confidence.

The Look: It looks exactly like it sounds, with straight and sharp edges, squared off at the tip.

The Length: This suits a shorter nail to minimize tapering.

The Look: A round shape nail, with corners that curve inward.

The Length: Oval is favored amongst those with medium-length nails and narrow nail beds. Stone also mentioned that clients with shorter nails might go oval if they’re growing their mani out.

The Shade: “Medium length nails, I think, can wear any color,” Stone says. “I think that’s like somebody with very neutral skin, they can pull off a lot of different makeup looks, so that person can do a very bright color, a very bold color, or they could do something really light just to be a little more sophisticated.”

The Look: Straight sides that round up with a flat-edged tip.

The Length: Short. Stone points out this style, like oval or almond, is easier to get used to than a more extreme stiletto shape. Rounder nail beds look better with a round or soft square shape.

The Shade: A simple shape such as oval or round leaves room for more stylistic nail art or bright color.

The Look: An angular take on the square shape, with a straight-edged tip tapered in.

The Length: “In my opinion, a coffin needs to be longer to look the best,” says Stone, who stresses that the nail should be divided into three different sections, each with a varied width. On a longer nail, the end is tapered into a square free edge.

The Shade: Stone says a long, black nail can look harsh. So offset the hard lines of a coffin nail by choosing a lighter color to add balance.

The Look: Similar to the coffin-style nail, with rounded corners.

The Length: Stone says most clients “want a coffin, but they want the corners not to be sharp, so we’re softening it just the tiniest little bit.” If coffin shape works best on longer nails, it’s safe to say ballerina does too.

The Shade: Longer nails have less limitations when it comes to color, but a pretty pink would pay homage to the ballet shoe that gave this shape its name.

The Look: A square shape nail with softer, rounder edges.

The Length: Many with shorter nails opt for a soft square shape. “A lot of people who come in are used to getting square, so we introduce them to a soft square. It’s a little bit more refined square shape,” says Stone. Rounder nail beds pair better with the shape.

The Shade: Stone explains that as long as a nail technician is keeping a color symmetrical and “very clean” around the edges, a darker, bolder color can work on a short and wide nail.

The Look: An oval shape that comes to a soft point.

The Shade: Stone says the main difference between an almond and stiletto shape is that the almond “is going to have three different angles” made up of the two sides and point. A neutral color could add pop to this shape’s dimensions.

The Look: “Just as there are different types of almonds, [typical] almonds are pointy at the tip, while a Moroccan almond is wider with less of a point at the tip,” says Stone.

The Length: According to Stone, “most people are striving towards having a medium length, natural nail,” which complements an almond shape.

The Shade: Those with medium length nails “have no boundaries” color-wise, says Stone. Go wild with your shade pick.

The Look: Shaped long and spiky, with the point curving to the base like a triangle.

The Length: Long nails are a must to capture this dramatic style.

The Shade: Color is less of a priority than safety when it comes to this daring choice. Stone cautions that first-time stiletto stans don’t get the edges too sharp, at risk of getting caught on something or scratching yourself. “Your professional should be giving you examples of things that might be more difficult (with stiletto nails),” says Stone. “I tell my clients, mostly just be mindful how you’re using your hands.”